Post-doctoral degree of Jagiellonian University in Cracow ( UJ) since 2015, previously of A. Mickiewicz University in Poznań. Assistant professor at the Institute of Culture at the Faculty of Management and Social Communication of the Jagiellonian University in Cracow. Solicitor (own law office), as well as completed judicial training, secretary of the Supervisory Board of Polish Public Television since 2014, an expert at the National Broadcasting Council. After completing studies in political science and journalism (specializing in journalism), I started working at the Institute of Political Sciences and Journalism at the Faculty of Social Sciences at Adam Mickiewicz University (currently the Faculty of Political Sciences and Journalism). In 1995, I graduated from law studies at Adam Mickiewicz University.

I completed judicial training in 1997, and in 2006 I passed the application exam at the District Chamber of Legal Advisers in Poznań and I was listed as a member of the Chamber. In 1999 I acquired the title of doctor of social sciences, and in 2013 the title of habilitated doctor of social sciences. By gaining interdisciplinary education in the field of political science, journalism and law, I conduct research on: the functioning of press systems in the world, looking for possible connections between institutional solutions of media activity in several countries, especially in Europe; the functioning of television broadcasters in the world in the era of conversion; rationing the freedom of economic expression in relation to the concept of public interest, as well as issues regarding the forms and principles of broadcasting marketing messages on television and the so-called “New media” and media management. The results of the research have been presented in many articles and the following compact publications:: Sponsoring telewizyjny. Teoria i praktyka [ eng. Television sponsorship. Theory and Practice] Poznań (2008); Reklama i jej ograniczenia. Standardy europejskie a prawo polskie. [eng. Advertising and its limitations. European standards and Polish law.] Warsaw (2011); Polityka ograniczania reklamy w polskiej telewizji. Studium politologiczno – prawne [ Policy of limiting advertising on Polish television. Political and legal study ](Poznań 2012), for which in 2013 I received the award of the National Broadcasting Council named after P. Stępka. In 2019, together with prof. H. Mruk, I published a paper entitled: Reklama a postawy prozdrowotne – ujecie ekonomiczno – prawne [eng. Advertising and pro-health attitudes – economic and legal perspective ] I presented the results of the analyzes at many foreign and domestic scientific conferences, symposia, and congresses. I am the author of many expert opinions prepared for the needs of domestic and foreign institutions. Scientific research focuses on issues related to the normative approach to freedom of speech and setting the limits of freedom of expression. Protection of consumer rights, but above all the protection of children’s rights in training media and the on Internet.I am the initiator of many organizational projects. From 2002 to 2015, I carried out an original program of Postgraduate Public Relations Studies at Adam Mickiewicz University, which I also headed. Between 2003-2010, I was a press spokesman and I managed the marketing team at the University, and I was also a member of the Team for Promotion of Adam Mickiewicz University Apart from professional activity, I am also involved in social activities. I am a member of the Polish Society of Political Sciences and Journalism; founder member of the Polish Press Law Society, Association of Political Scientists and WBC Women Club. I am the winner of numerous awards, prizes and acknowledgments awarded both by the university authorities and the journalists community (distinction of the Wielkopolska Branch of the Journalists ‘Association of the Republic of Poland in 2008, nomination for obtaining the largest number of votes in the journalists’ ranking for the most creative press spokesman in Wielkopolska). 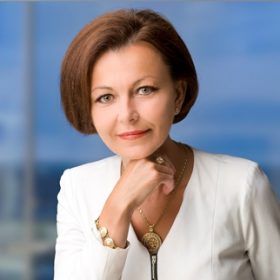